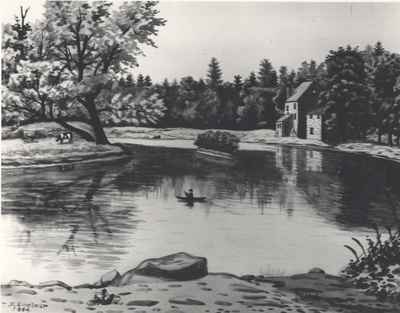 16 Mile Creek and Chisholm Mill OHS #291 Details
This watercolour by T.M. Sinclair in 1904 depicts the Chisholm Mill which was built in 1827. No known photos exist of the mill. The mill was one of William Chisholm's original projects. 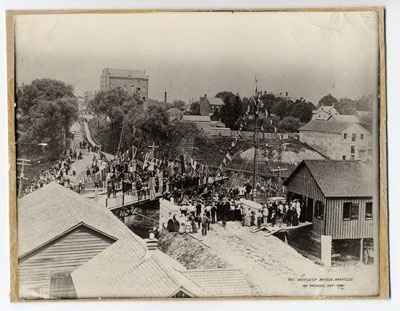 Aberdeen Bridge OHS #129 Details
The Aberdeen Bridge was officially opened on September 18, 1895 and was named after the Governor-General, Lord Aberdeen. It was a swing bridge constructed at a cost of $11 000 and was built to allow Colborne Street (Lakeshore Road) to cross the Sixteen Mile Creek 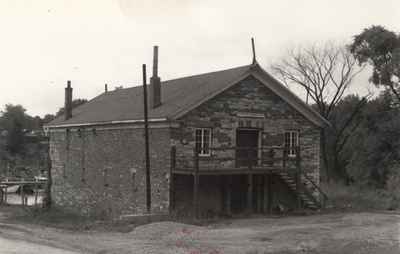 The Granary OHS #189 Details
An earlier warehouse had been built on this site at the end of Robinson Street in 1836. Grain dealers Romain & McDougald built this stone warehouse in 1855 using limestone ballast from lake schooners and stone from the lake bottom raised by "stone hookers." Internally, massive timbers support the floors.

The Granary is the only Ontario stone warehouse of its type still standing on its original site. It was renovated circa 1990 and converted to office use. 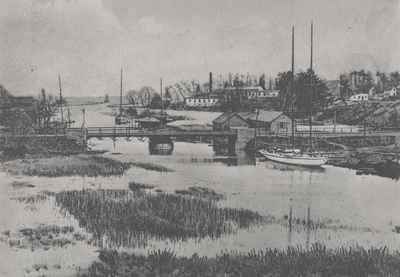